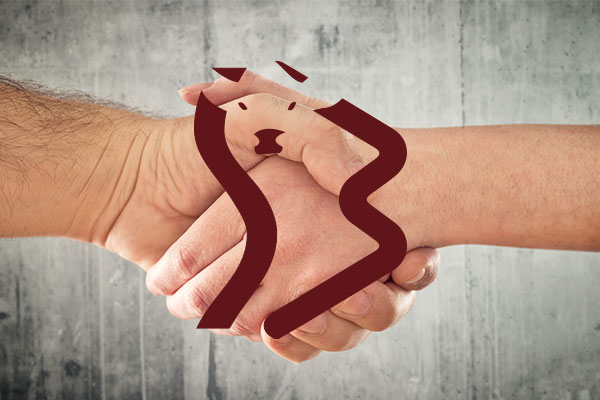 We serve breeders from across the United States and offer resources and genetics that will help your business succeed. By providing the best Bonsmara seedstock available in the United States, we strive to help other producers grow their businesses and contribute to a better beef-cattle industry. Whether you are interested in starting your own Bonsmara seedstock operation or you hope to benefit from the gains of crossbreeding, we will work with you to help you meet your production goals.

We strive to do our part in creating a balanced, environmentally-friendly and profitable beef industry. Through the advancement of Bonsmara genetics and practical, efficient production methods, we believe we can contribute a more consistent, better-tasting and healthier beef product that American consumers will be proud to put on their tables. We work at all times to do business fairly and in supplying superior, market-driven breeding stock to the progressive cattleman. By doing this we will successfully move beef production into the future. We maintain the registry, and also arrange sale events for the livestock.

The Need for Crossbreeding
Research and experience reflect crossbred cows have longer reproductive lives, higher calving rates, and healthier calves, among other advantages.

Yet, the industry’s lack of interest in strategic crossbreeding also remains the same, not interested.

At least that is how it appears when you study the survey of genetics providers and users. The lion’s shares of commercial producers, roughly 70%, were primarily a high percentage or straight-bred British, or were mostly a British crossbred. As telling, 82.5% of producers indicated that they had no plans to alter the breed composition of their cowherd within the next five years. Of those planning to make a change, 60% plan to increase the percentage of British genetics.

Either as the response or driver, 90% of seedstock suppliers said they provide British purebred seedstock—Angus, Red Angus and/or Hereford bulls. This is truly unfortunate in that the British breeds are better adapted to cooler climates and not the climate reflected in the southern half of the United States.

But keep in mind, the majority of crossbreeding benefits comes from maternal heterosis, the hybrid vigor of the cow herself.

There are a few logical reasons why crossbreeding does not fit the resources and goals of a specific operation. However, from an industry standpoint, it is tough to square so little use of heterosis with the growing need to increase, rather than reduce or maintain functional efficiency. It is even harder to square when you realize composite genetics, such as the Bonsmara Breed, offer crossbreeding advantages with “straight-breeding” convenience.

For all of the tools and technology available to slice and dice genetic potential—embraced wholeheartedly and profitably by some—not much has changed when it comes to genetic selection, management, and use.

That is a shame.

Crossbreeding with the Bonsmara Breed
Bonsmara has the genetics for commercial cattlemen to reap the benefits of crossbreeding by incorporating Bonsmara genetics into their operations. Any breed of cattle can survive and produce under ideal conditions. It is when the summer heat appears or drought strikes when fertility and growth is influenced. Although drought strikes occasionally, the summer heat appears every year. This is only two of the many stresses that puts an animal under pressure. Bonsmara was bred to excel under these yearly harsh, stressful conditions.

Dark colored (black) beef cattle on a high-energy diet, carrying lots of body condition, will be first affected by heat and humidity. Lean body condition increases the ability for the animal to lose heat. “Fat” cattle have greater risk of heat stress because the excess body fat acts as insulation and slows body heat loss resulting in reduced reproductive ability.

However, Bonsmara, a proven heat tolerant Bos taurus animal, provides an alternative to the Bos indicus animals, such as Brahma, Brangus, and Santa Gertrudis that are currently used in the southern parts of the United States. It is well known that the Bos indicus animals do not provide the quality of beef desired by the consumer. Bonsmara, however, is a breed of cattle known for its high quality beef.

By crossing your current British animal with Bonsmara, you will get the desired heat tolerance without sacrificing beef quality or any other desired trait. In fact, many studies indicate that the Bonsmara beef is more tender than that of the British Breeds. As further support for this fact, DNA markers from a well known company accurately place Bonsmara DNA tenderness markers above the British Breeds contained in their database.

Moreover, parasite-related illnesses and diseases are another risk for cattle ranchers. Dr. Bonsma wanted to measure every aspect of the Bonsmara so he made numerous observations on the animals. These included 14 different body measurements alone. Dr. Bonsma measured body temperature, pulse and respiratory rates, hair count per square centimeter, and tick counts. Hair diameters were measured and complete hair coats of different types of cattle were shorn off, weighed and put through a felting machine.

These elaborate tests resulted in a Bonsmara that develops a slick red coat color. Bonsmara cattle have a much greater proportion of new hairs in the coat than those of the British breeds. A deep or woollier coat type is negatively correlated to tolerance of sun, time grazing, and weight gain. This is exacerbated by a dark colored coat. Further, the smooth coat produces more sebum which acts as a tick-repellent. Thus, fewer ticks are found on Bonsmara, a smooth coated animal.

Bonsmara cattle have thick loose hides with slick coats. Cattle cool themselves by increasing the blood flow to the surface of their bodies. This is called vascularisation. Cooling through the skin is far more important than panting in cooling the animal. Animals, such as Bonsmara, with thick hides allow for more blood flow and are far more heat tolerant than animals with thin hides and long, thick hair. Thick loose hides also help an animal to repel flies and ticks. Ticks prefer to infest cattle on the areas of the body where the skin is significantly thinner, such thin hides currently associated with the British breeds of cattle. Accordingly, by simply incorporating Bonsmara into commercial herds, it will fit the resources and goals of commercial cattlemen by increasing their herds heat tolerance and reducing parasite related illnesses.

Moreover, reproduction is the most important factor in determining the profitability in a cow calf enterprise. Hot and humid weather creates dangerous conditions for livestock, such as the straight British breeds, without the desired heat tolerance of Bonsmara. A lower conception rate has been reported for cows with above normal body temperatures at time of insemination than for cows with normal temperatures. Heat stress reduces the duration and intensity of expression of estrous. In a study of reproductive records at Mississippi State University more short estrous cycles (<15days) and long estrous cycles (>30 days) were noted during the summer. However, the reduction in intensity of estrous (“quiet” estrous) resulting in missed estrous appeared to be the more serious problem. Bonsmara cattle will help cattle producers protect against heat stress, without sacrificing meat quality. And in fact, incorporating Bonsmara cattle into your cattle operations will increase the quality of your beef.

The same heat related problems are evident on bulls. Impaired spermatogenesis and lower testosterone during early exposure to hyperthermia have been reported that supports previous work demonstrating that both sperm in the epididymis and germ cells in the testis are susceptible to damage by environmental heat stress, with spermatocytes being most vulnerable. Again, crossbreeding with Bonsmara helps prevent, if not eliminate, this problem.